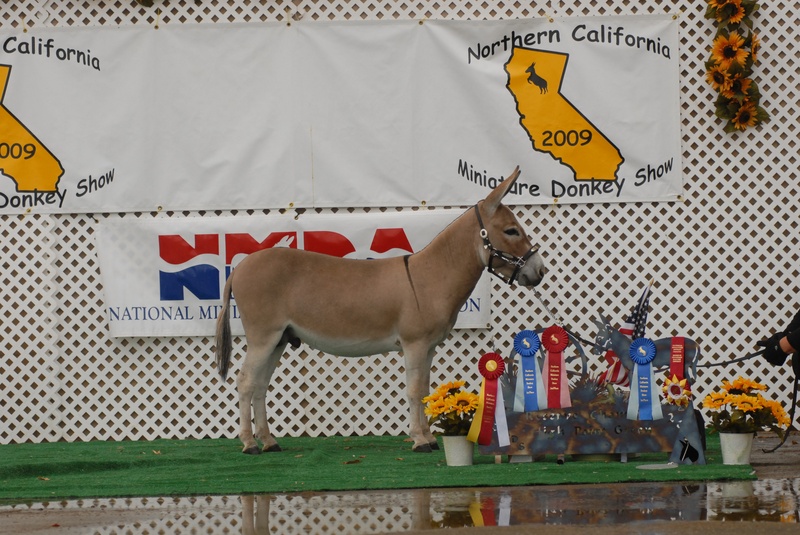 "P. C.", as we call him, has been a great pleasure to our farm, becoming our herd sire.  His comformation and his attitude is that of a proven champion.  Ever since his birth, he has shown the qualities that one would look for to enhance their breeding program.  His pedigree includes Red Lightning, Little Motown, and LCR Valantino 50.  He is a very well balanced jack.  He has a beautiful top line and an equally nice neck.  His strong hindquarters and well sloped shoulder makes him a natural athlete which shows in the ring.  Not only does he jump, drive, and do trail, he has been an exceptional halter animal winning all but one halter class in his years of showing.  We stopped showing him in 2010, and at that time he was rated as the number 1 jack in Canada.

Some of his accomplishments are:

We were unable to compete at any shows during 2008, but with his other performances we felt that he would have done very well for us. 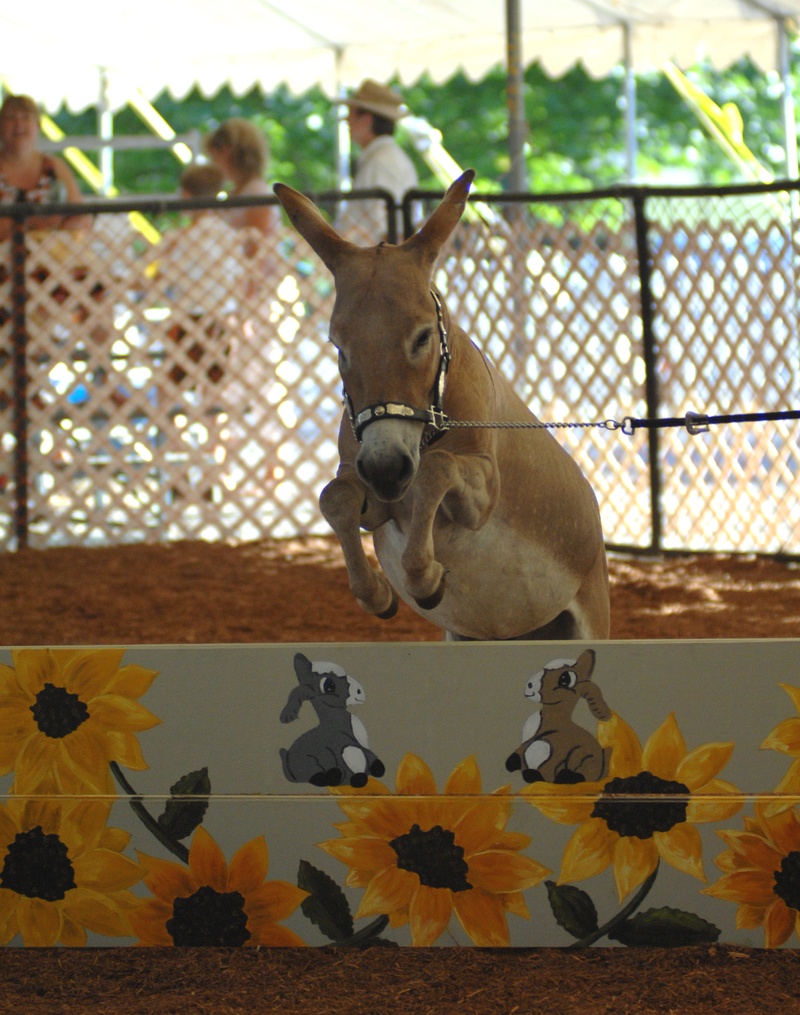 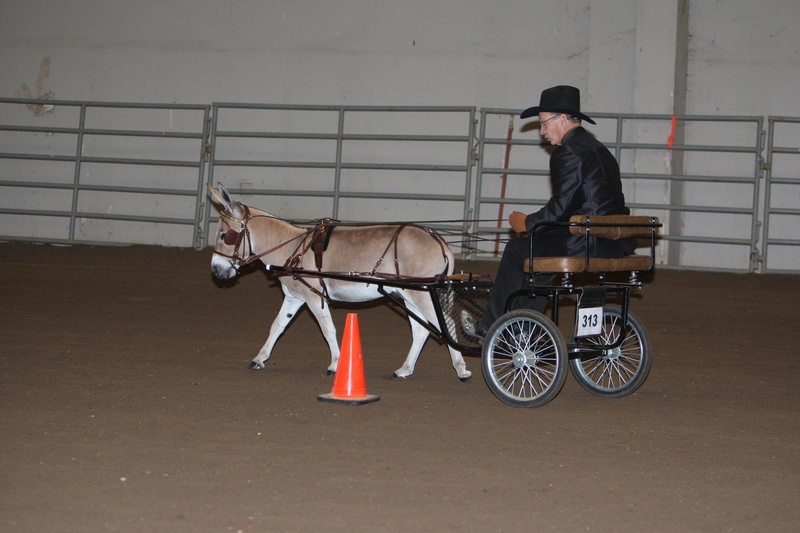 P C spent 5 months during 2010 down at Crown Meadow Miniature Donkeys, Scio, Oregon being a stud for some of their jennets, as well as being available to other U.S. breeders.